The UBC Chem-E-Car team has been working hard to build two cars for the 2020 AIChE Chem-E-Car Regionals. Our returning members and new recruits have been testing batteries, developing stopping mechanisms and designing 3D CAD models. Read on to learn about what each sub-team is doing for our cars, Van Diesel and Lightning McCHBE!

The experiment involves varying the concentration of yeast against a fixed concentration of hydrogen peroxide. The reaction produces a foam in a balloon which expands upwards. Once it reaches a certain height it triggers a sensor to stop the car. Since the balloon expands slowly, we are using a magnetic stirrer to increase the rate of reaction.

We have obtained appropriate ratios of reagents to allow the balloon to inflate to a height of 5 inches. Although the experiment works, adjustments need to be made to the apparatus to minimize the possibility of spilling the mixture while attaching the balloon to the wash bottle. This can be achieved by creating two inlets to the bottle: one attached to the balloon and the other allowing the reactants to be transferred. We have built an initial prototype using a wash bottle with a drilled hole attached to a connector. This creates an air-tight seal and allows us to connect a syringe to transfer hydrogen peroxide into the balloon.

Our experiment involves reacting luminol with bleach. As we alter the amount of luminol, we observe a decrease in the time taken for it to turn from blue to colourless. The change of colour will thereby trigger the car to stop. Since the reaction is slow, we have used a stirring mechanism.

After our first time experimenting in the lab, we realised that we overlooked a few factors. In the upcoming weeks, our goal is to work out how colour change of the reaction of luminol and bleach would be suitable as a stopping mechanism for our car. We also plan to work with the circuitry team to ensure our colour change is detectable. It will take a few more tests to confirm whether we will be locking this in as our final reaction. We will also explore a sulphur clock reaction and variations of the iodine clock reaction.

We have made two types of batteries: an Aluminum air and a Zinc-air battery. The Zinc-air battery successfully powered a small motor. We attempted to improve the Aluminium air battery by making the anode a paste instead of using a solid plate. Unfortunately this method resulted in the production of Aluminum hydroxide, which can not be used in our battery. Our team has therefore decided to focus our efforts on the functioning Zinc-air battery and new designs. We will begin building and testing a Manganese dioxide battery and continue to improve the ZInc air battery by trying different concentrations of KOH and replacing the zinc plates with copper to see how the conductivity is affected. 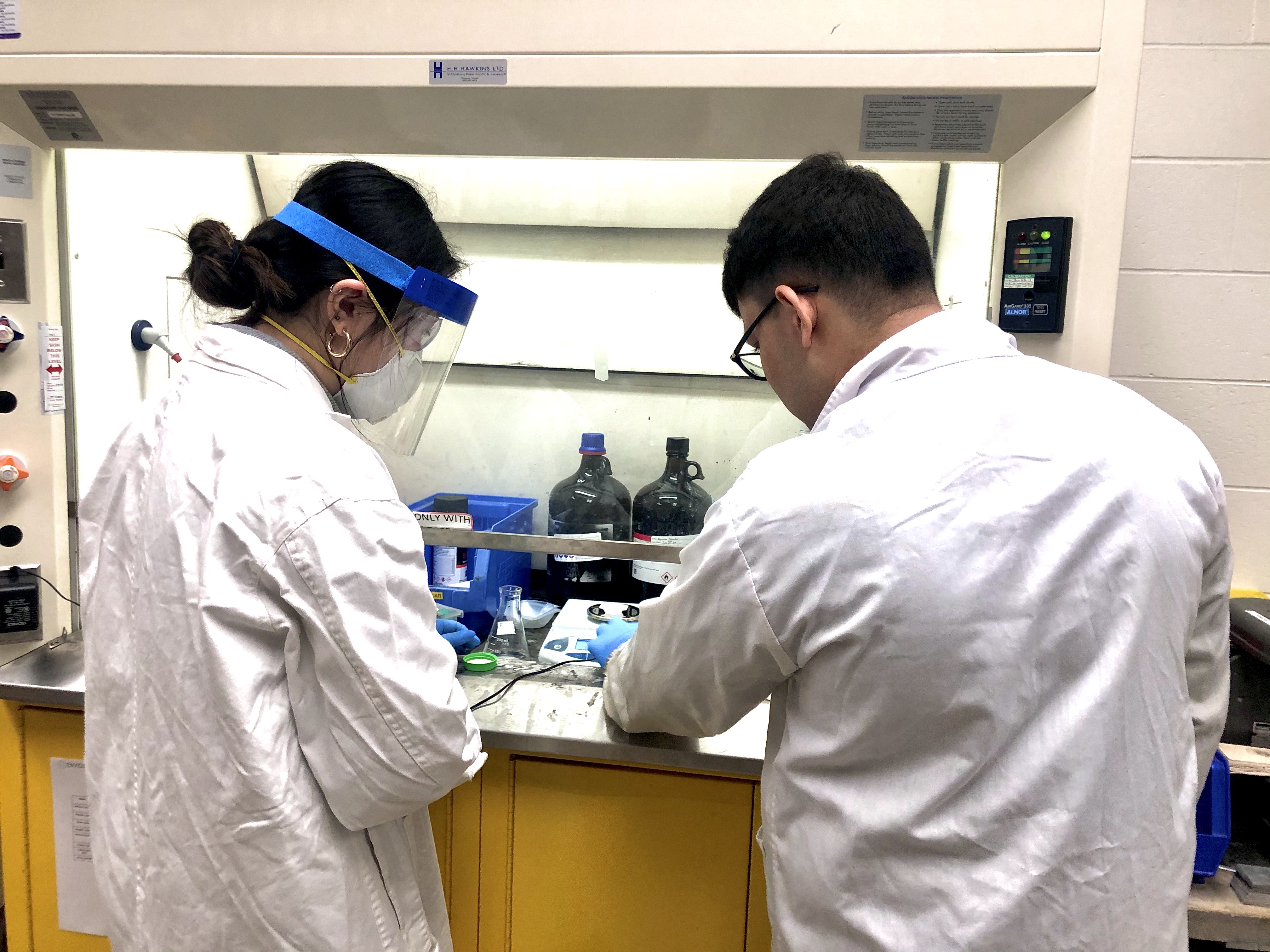 We have been working with the Battery team in testing the newly developed batteries. To move the car, we purchased a DC Motor, which has been working extremely well with the Zinc-air battery. With this, we are now in the process of developing a second battery, and ensuring that works with the selected motor.

Regardless of the reactions for the cars, we will start writing code to detect the stopping mechanisms. The code will allow the car to respond to the changes detected by the sensors. To achieve this, collaboration with other sub teams is crucial. We will also be working together with the Mechanical team, informing them of the layout and the positioning of the sensors and motors for the two cars. 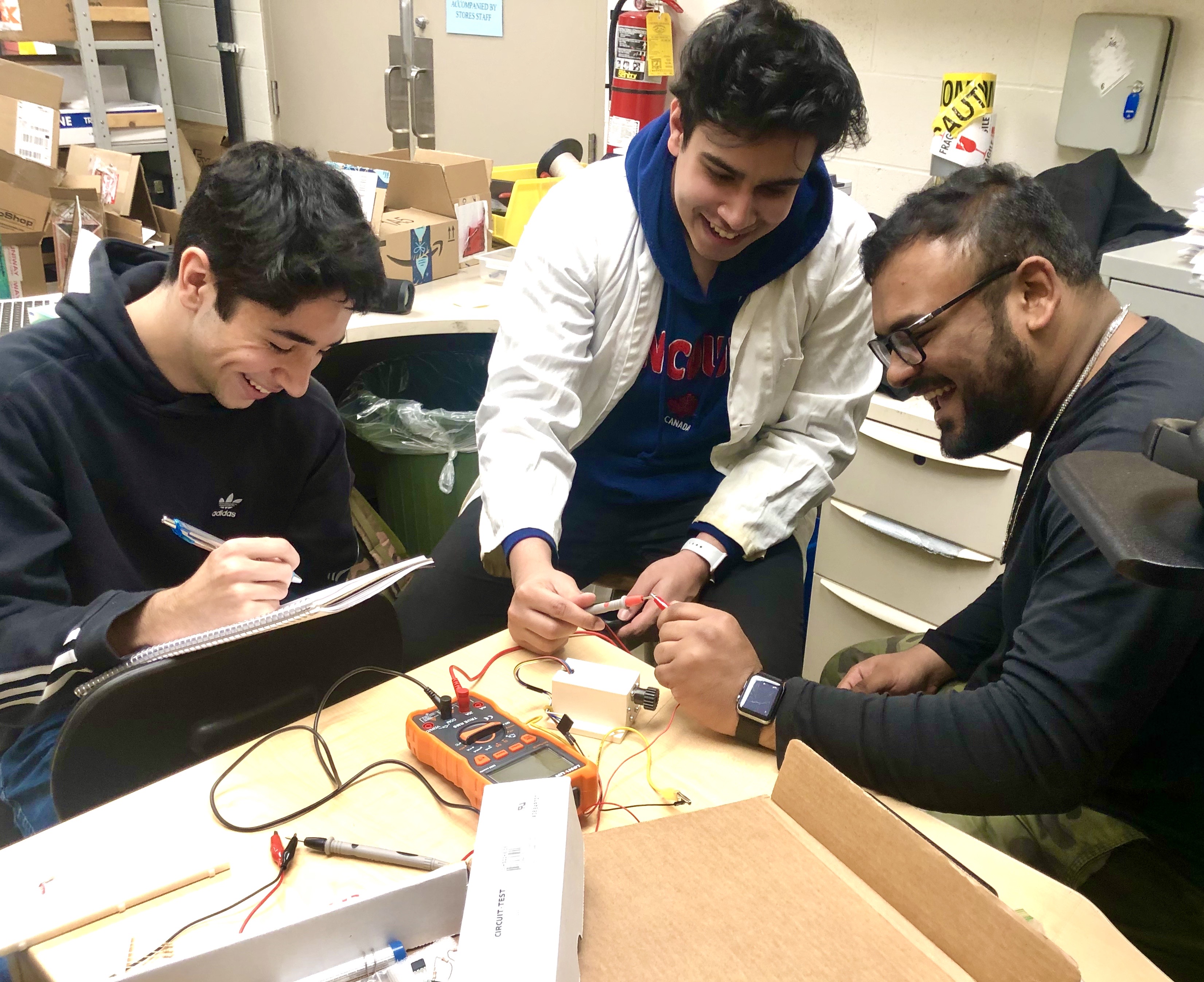 We are currently hard at work developing the 3D CAD models for the competition car. So far, we have been modifying existing CAD files to improve last year’s designs. We have begun the printing process of most of these parts and have ordered all the necessary parts to build a working car. The 3D printer is cooperating so far and the prints have been made with minimal malfunctions.

Our next steps include: