From September 26th to 31st, the American Institute of Chemical Engineering hosted the Chem-E-Car National Competition in Pittsburgh, PA. The Chem-E-Car Competition consists of two components. The first component is the design competition, where the goal is to have a shoebox-sized car travel a target distance while carrying a given load of water. The car must be powered by a power source that is created entirely by the team. To control the distance that the car moves, the team must implement a chemical reaction stopping mechanism. The second component of Chem-E-Car is the poster competition, where the goal is to impress the adjudicators with a well-organized, descriptive and attractive poster presentation about the car.

After many months of hard work and many sleepless nights, ranging from prototyping different battery types, changing motors so the car can move faster, soldering and creating a poster about the car, the team was excited to pit their car, The Vancruiser, against the competition at Pittsburgh. Team captain, Jayg Dimayacyac, and Battery team member, Matheus Cassol, were in charge of presenting the poster to the judges. With supplementary support from the rest of the team, they were able to showcase the battery, automated features of the control system, and safety aspects of The Vancruiser. In addition, with impeccable delivery of the presentation, understanding of the car and confidence in answering questions, the team was able to wow the adjudicators. One judge even told the team directly: “I would not be at all surprised if you won first place”. And win first place, they did. Out of 38 Chem-E-Car teams from all around the world, the University of British Columbia won first place in the National Chem-E-Car Poster competition. 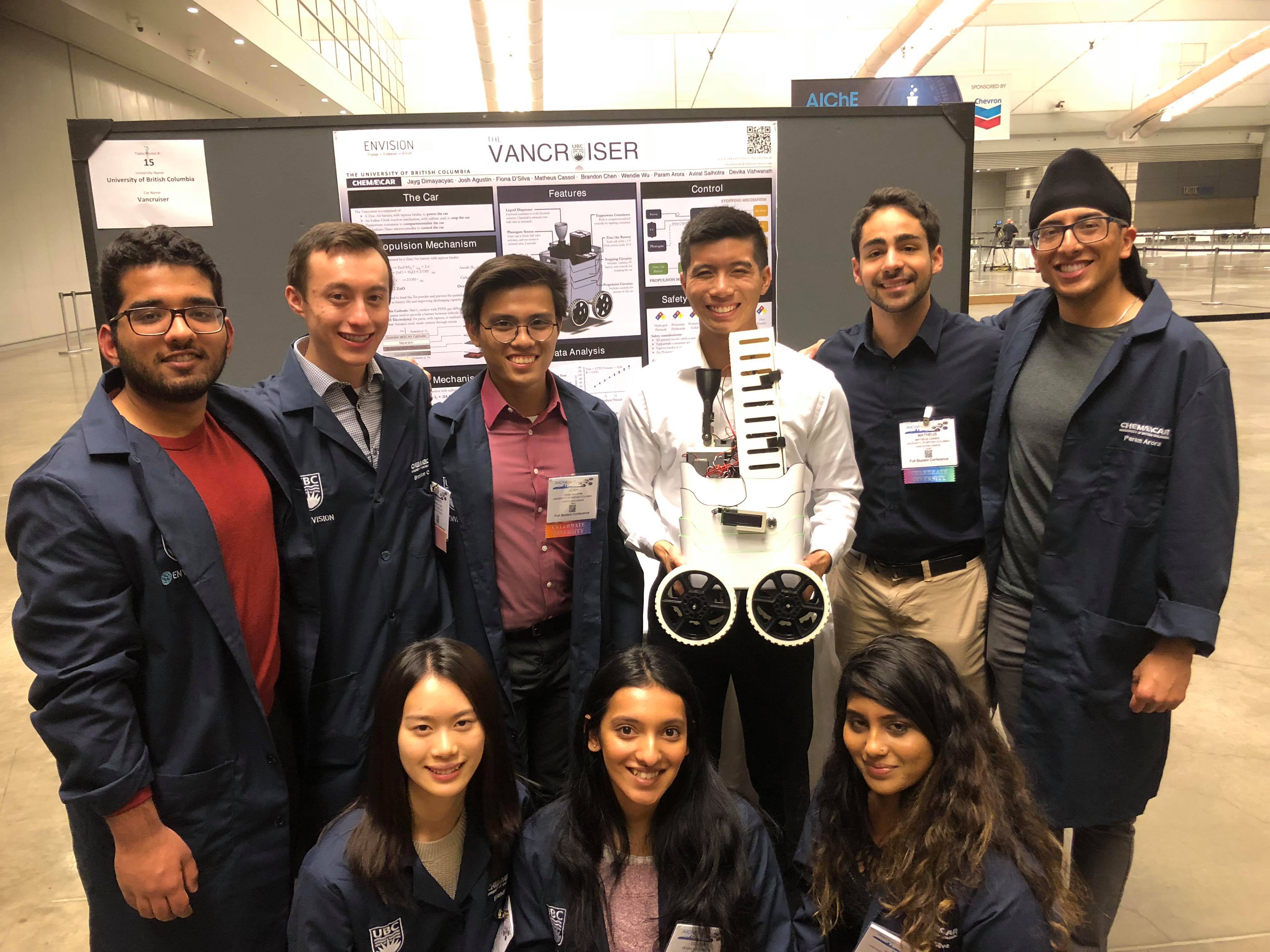 Although the team was very successful with the Poster Competition, the Design Competition was a different story. The competitors were better than ever, making it quite a challenge to win. The UBC team worked hard for the competition, but ultimately, ended up in the middle of the bracket. While The Vancruiser was more complex, sleeker and more automated than many of the other cars, it did not perform as well as them in the actual Design Competition. Needless to say, the team is taking this experience as motivation to reach greater heights for the next competition in February, 2019. They are excited to see what more they can accomplish in the coming year!